On Thursday March 21st a number of awards were made to students at BCIT School of Transportation – Marine Campus in North Vancouver.

On hand to make the awards were representatives from The Canadian Company of Master Mariners (CCMM), The BC Branch of the Nautical Institute (NIBC), The Nautical Professional Education Society of Canada (NPESC) and The BCIT Foundation (BCIT)

Awards made were as follows:

The Captain Baugh Memorial Scholarship for 2018.

This scholarship is provided by the Canadian Company of Master Mariners and is open to applicants who must be a second, third- or fourth-year Nautical Student or a Navigation Officer planning to attain or upgrade Nautical Certification at any approved Nautical Training facility in Canada. The 2018 award was presented to Deck Cadet Havill Leitch  and was made by Kate Armstrong, Manager Regulatory and Compliance at Seaspan ULCwho advised attendees that she was especially proud to have been asked to make this presentation as she had been thefirst recipient of this award over 30 years ago while she herself was a nautical student. 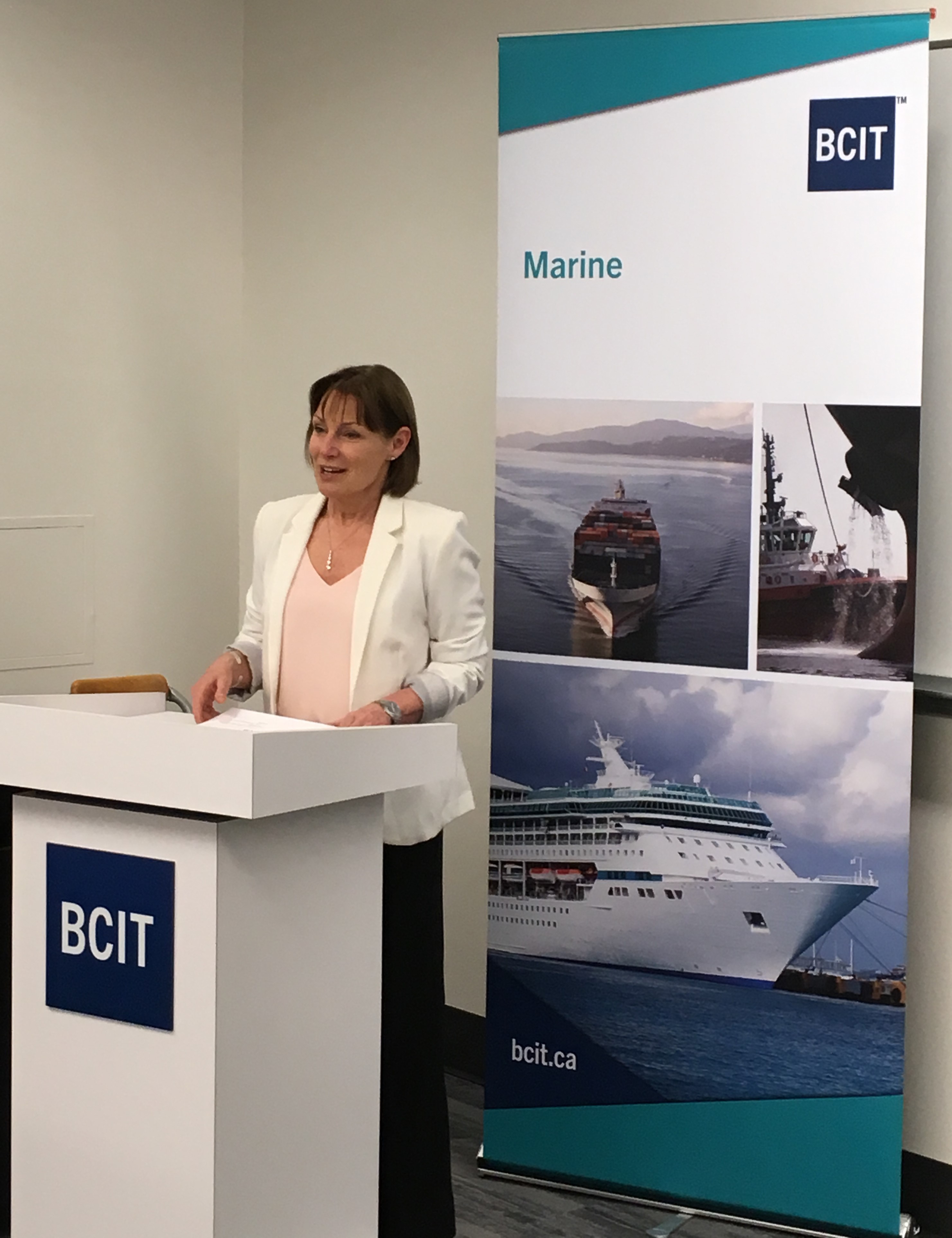 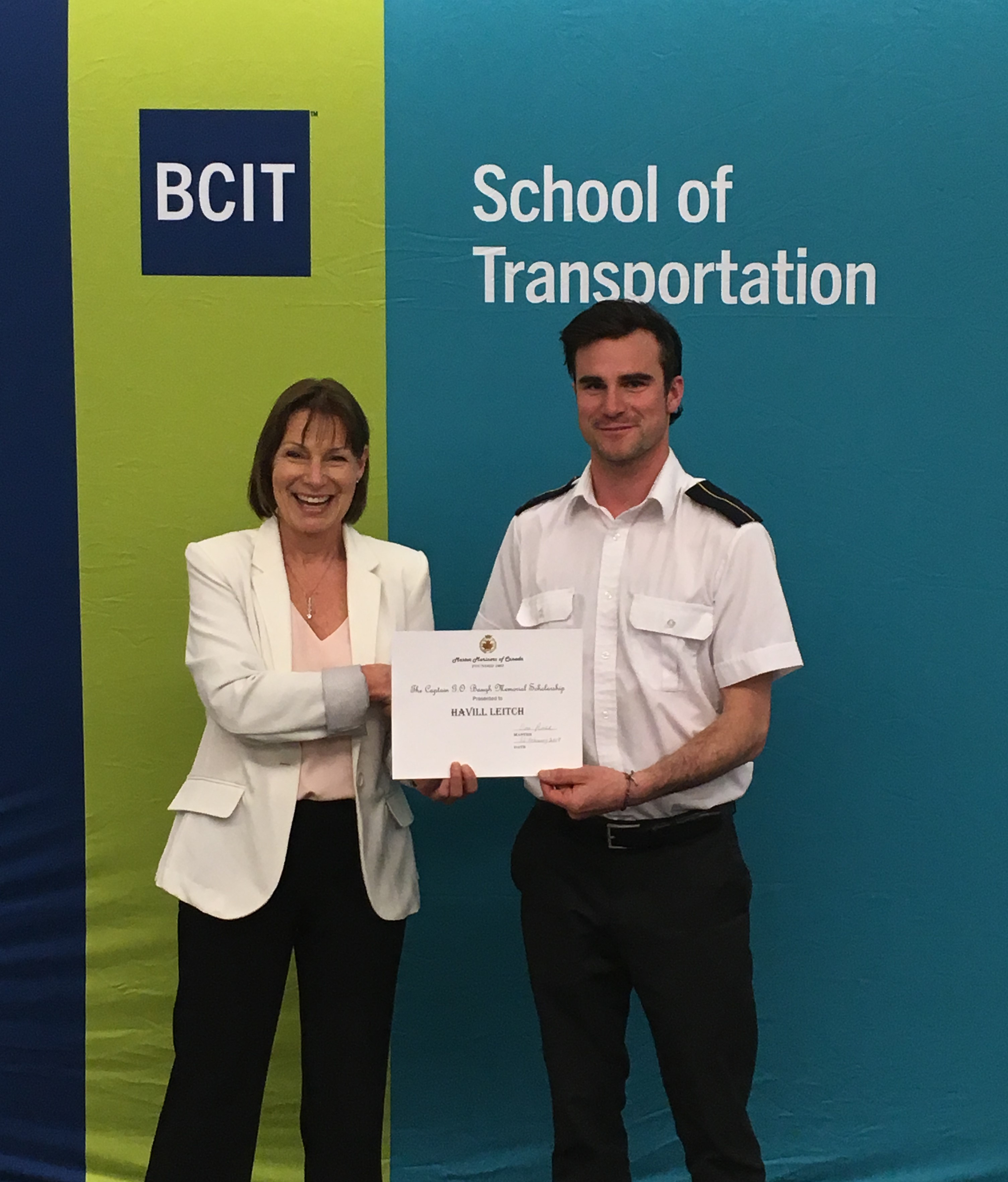 NPESC Chairman Richard Smith gave a brief history of the NPESC and its involvement in helping to further the education of nautical students in Canada. Each year the NPESC provides bursaries and book awards to engineering and navigation students attending recognised training programs at Canadian nautical colleges and schools. 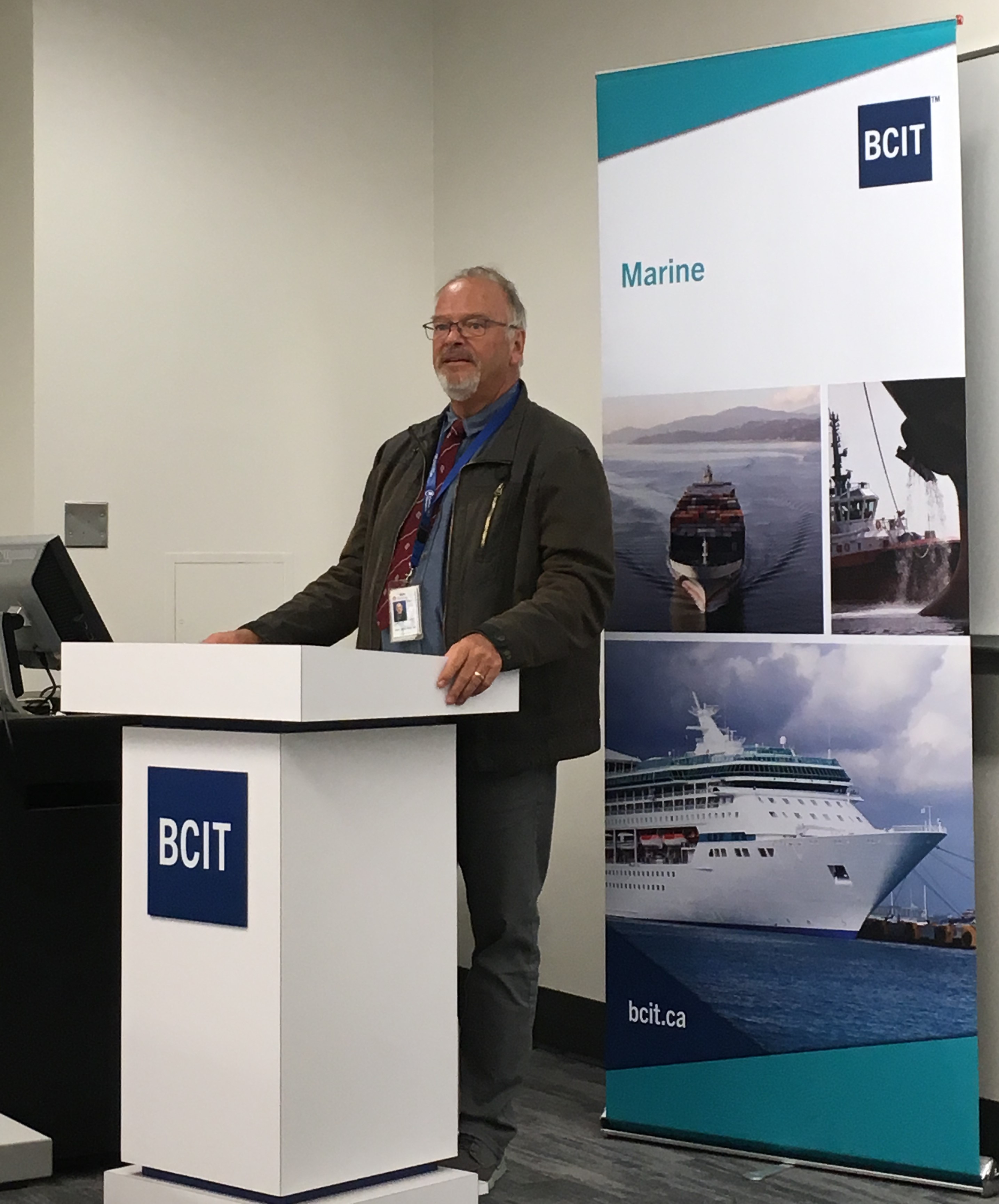 These awards are made possible through interest derived from investment funds and donations made by members and other donors such as The BC Supercargoes Association.

BCIT Cadets receiving awards for 2018 were as follows:

This bursary comes from funds endowed to the BCIT Foundation. The annual interest from this fund is awarded to students in the Marine Engineering and Nautical Sciences programs at the BCIT Marine Campus. The program instructors at the Marine Campus select the recipients of this award based upon the student’s performance after the first year of the course. The NPESC issues its own cheque to the recipient to top-up the value of the fund.

Receiving the award for 2018 was Cadet Andrew Kachkarov from the BCIT Nautical Sciences program. The award was presented by Captain Joachim Ruether of the NPESC. 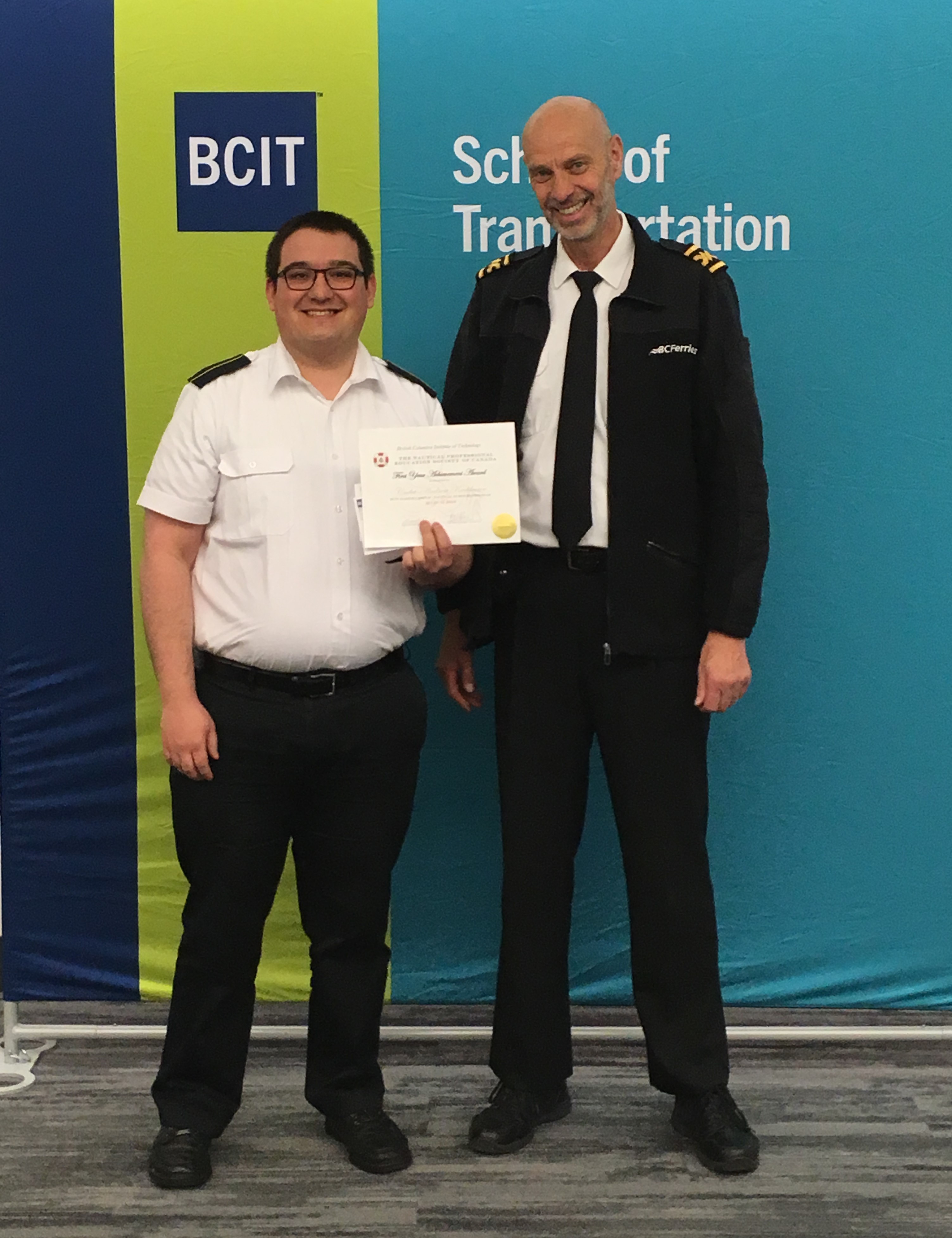 The BC Branch of The Nautical Institute Book Award

This award, provided by the BC Branch of the Nautical Institute, is made to the Navigation student who has achieved high marks in Second Year Navigation.

The Nautical Institute is an international representative body for maritime professionals involved in the control of sea-going ships. The BC Branch provides local networking opportunities, technical and social meetings, seminars and professional development assistance. 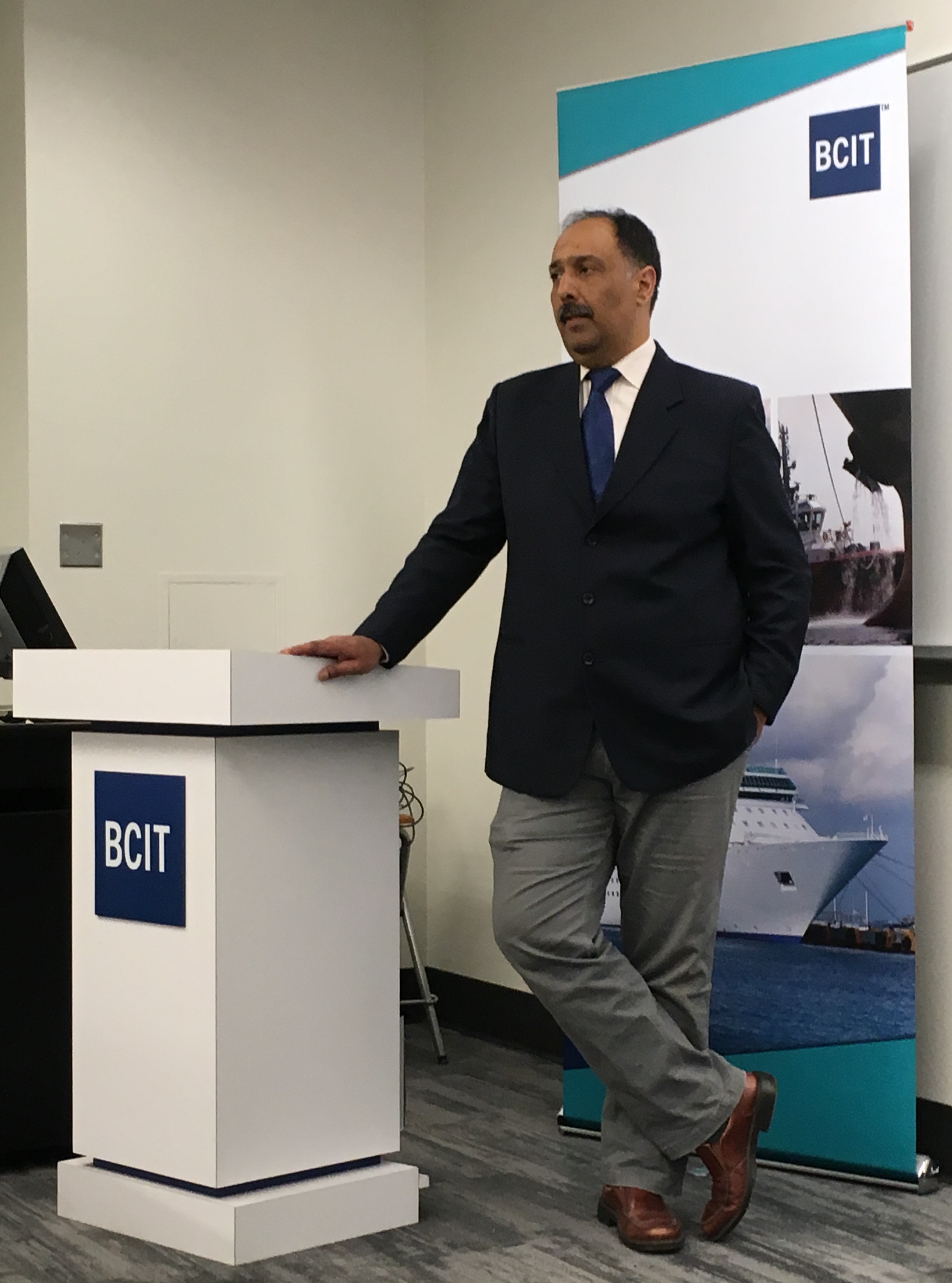 Speaking on behalf of the local branch, Captain Raman Mangat encouraged the attending students to get involved with the N.I. and to look into attending their upcoming conference “Arctic Shipping Challenges” on May 22nd/24th.

Captain Mangat made this award to cadet Nicola Zimmy. 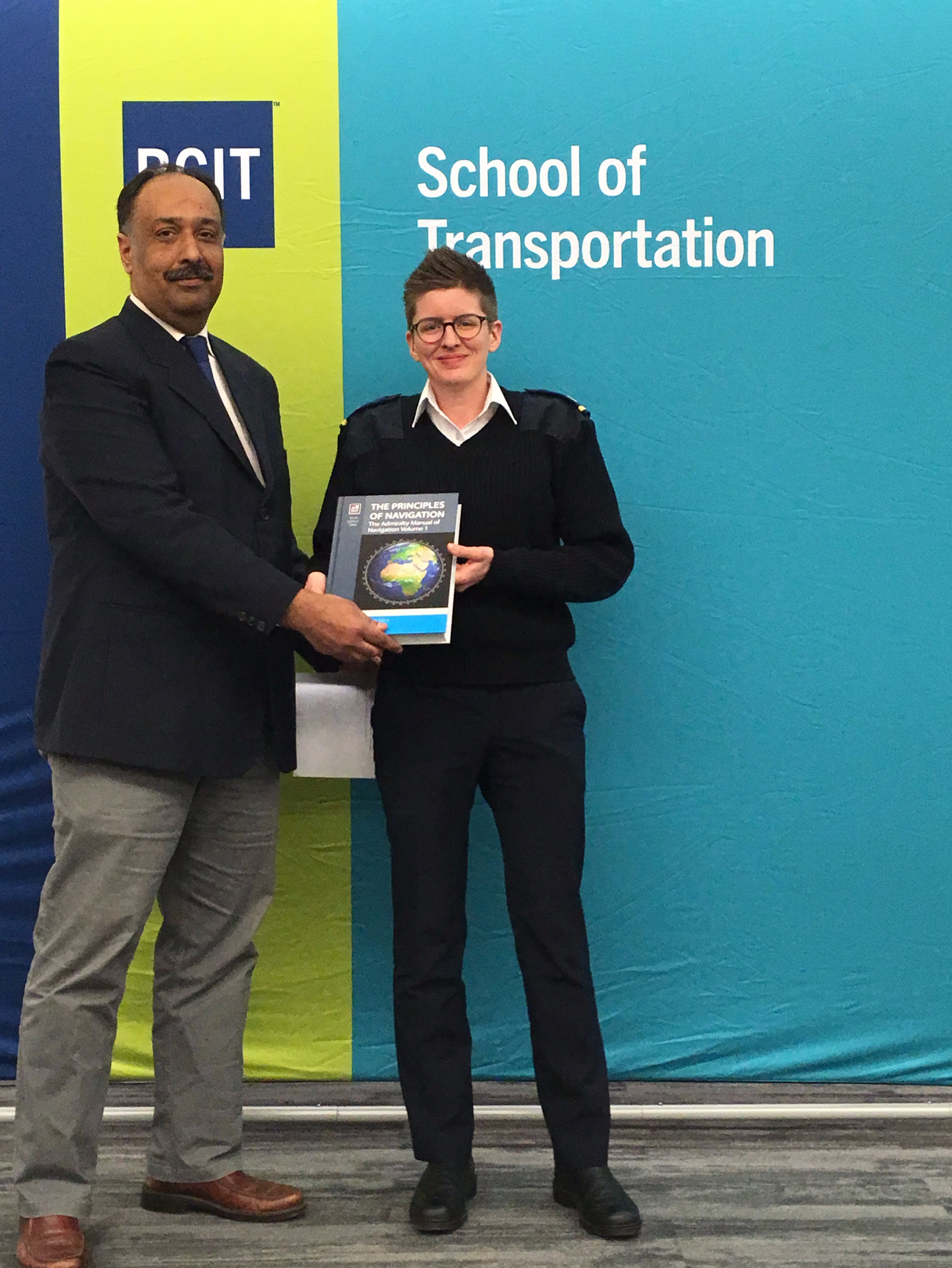 The Oak Maritime Group of Companies is involved in the deep-sea transportation of raw materials. Oak Maritime established its operational headquarters in Vancouver as a result of the International Maritime Centre initiative, which encouraged the relocation of international ship owners and managers to British Columbia. Each year Oak Maritime through the V.K. Eddie Hsu Foundation makes donations to the BCIT Foundation to provide financial awards for top Marine Campus students in their first and fourth years. On this occasion the Oak Maritime Award for Nautical Science went to Cadet Robert Jamieson and the presentation was made to Robert by Jeff Otto, Cooperative Education Coordinator for the Cadet Diploma Program at BCIT. 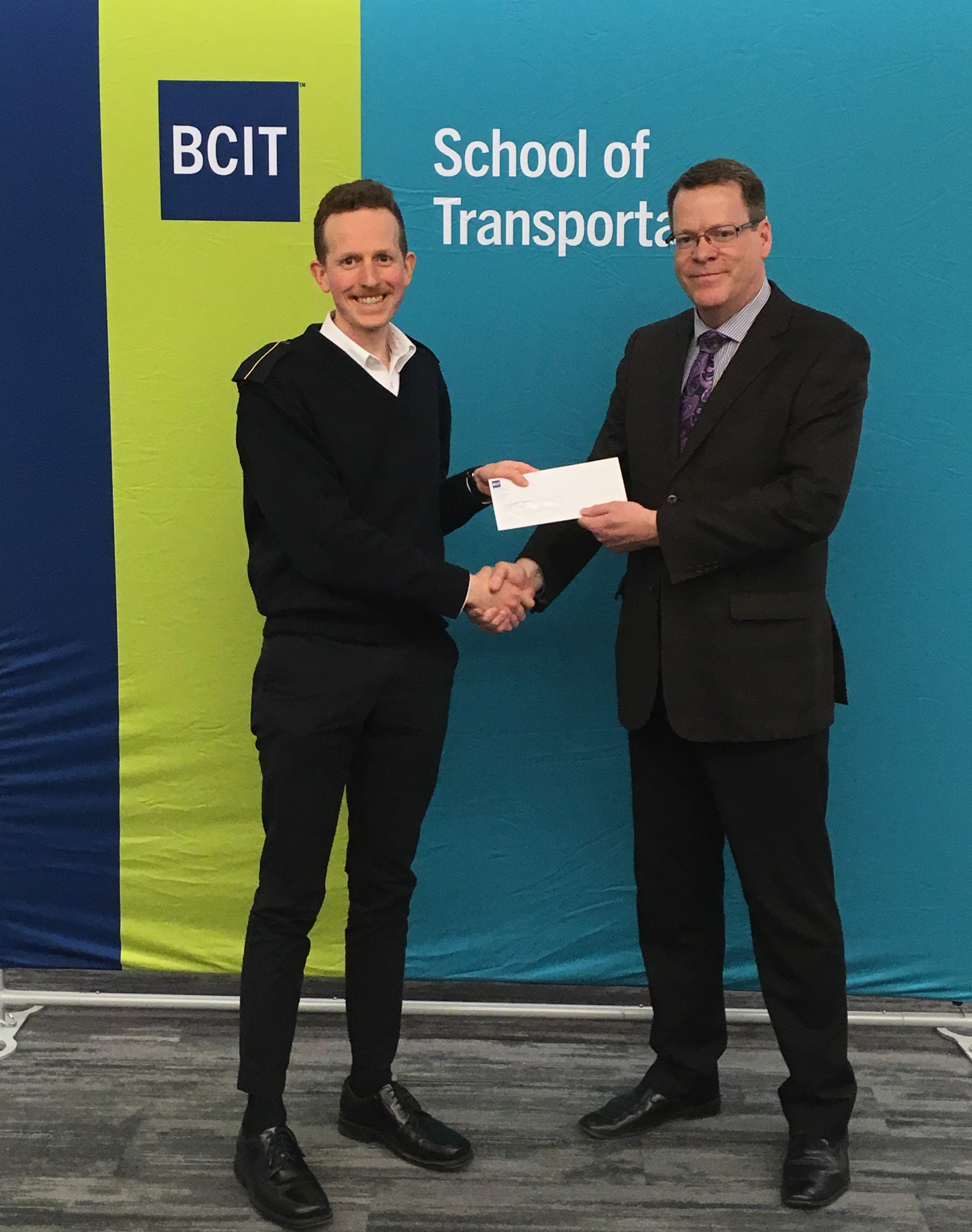