We were pleased to be able to make the last two of our 2017 bursary awards today to Cadets Stephen Lavigne and Cullen Lovick, both of whom are enrolled in the BCIT Nautical Sciences Program. On hand to make the presentations were Captain Joachim Ruether from the NPESC and Terry Stuart the President of the BC Supercargoes. These bursaries are made possible with generous assistance from the BC Supercargoes. 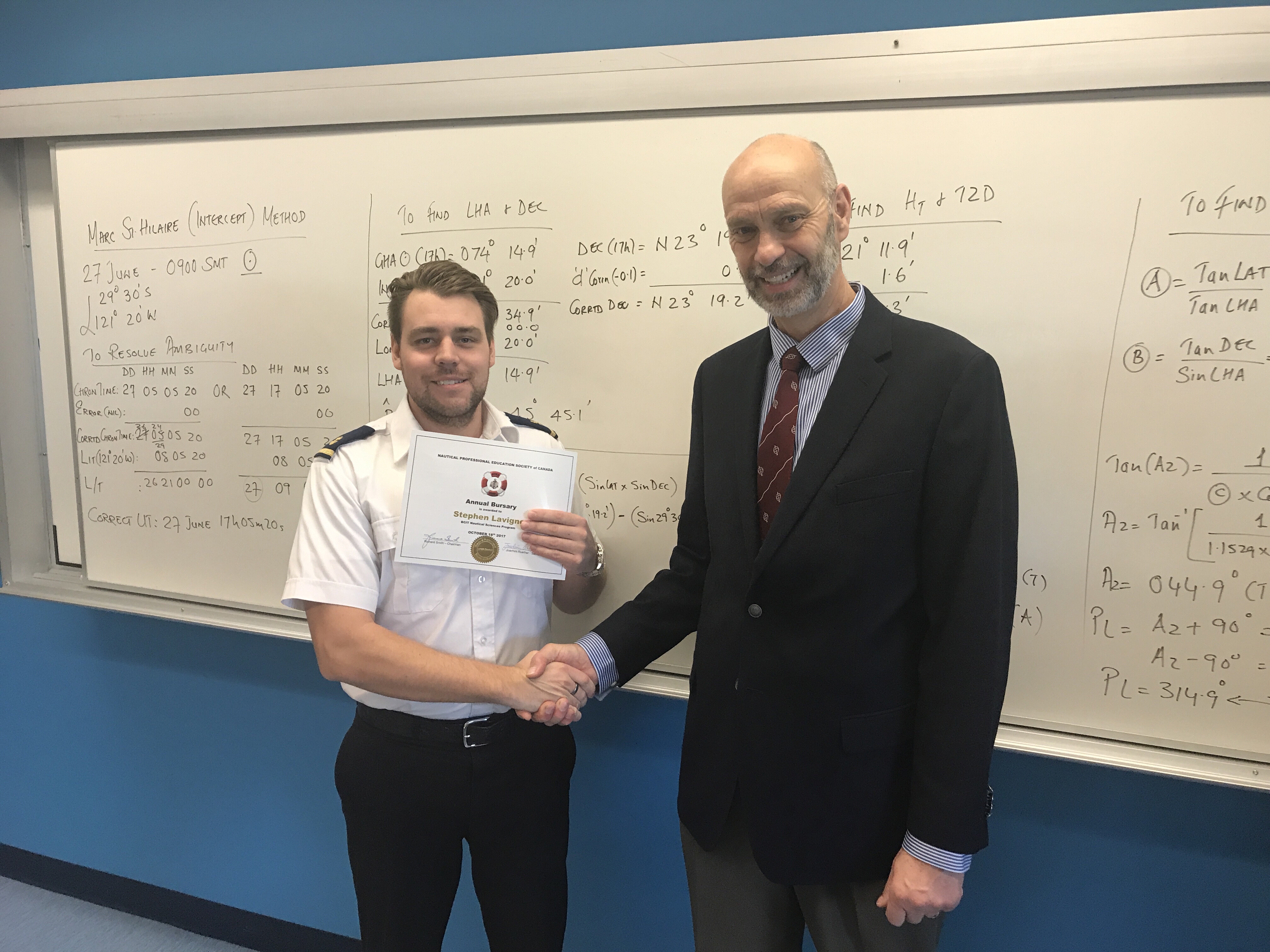 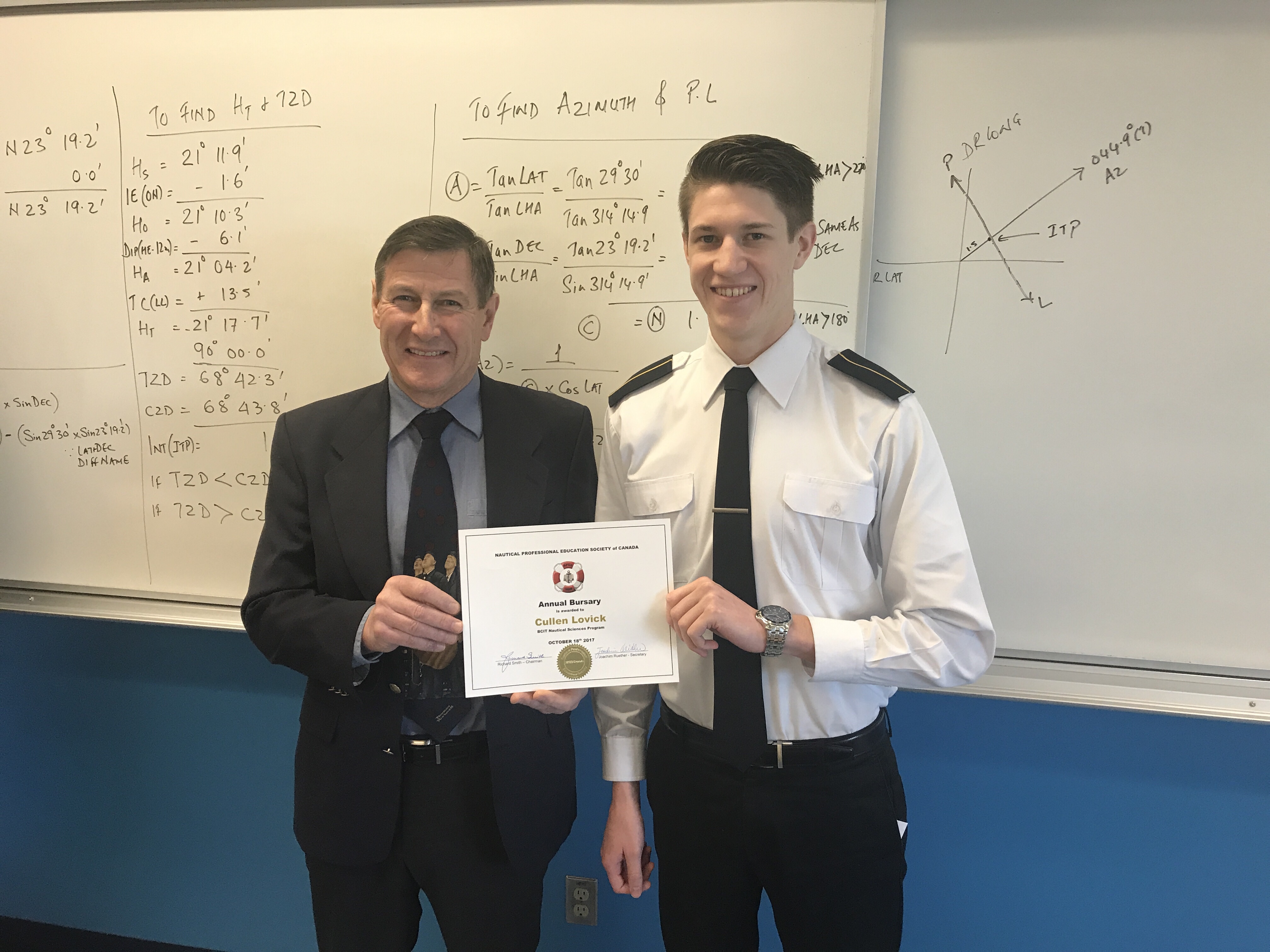 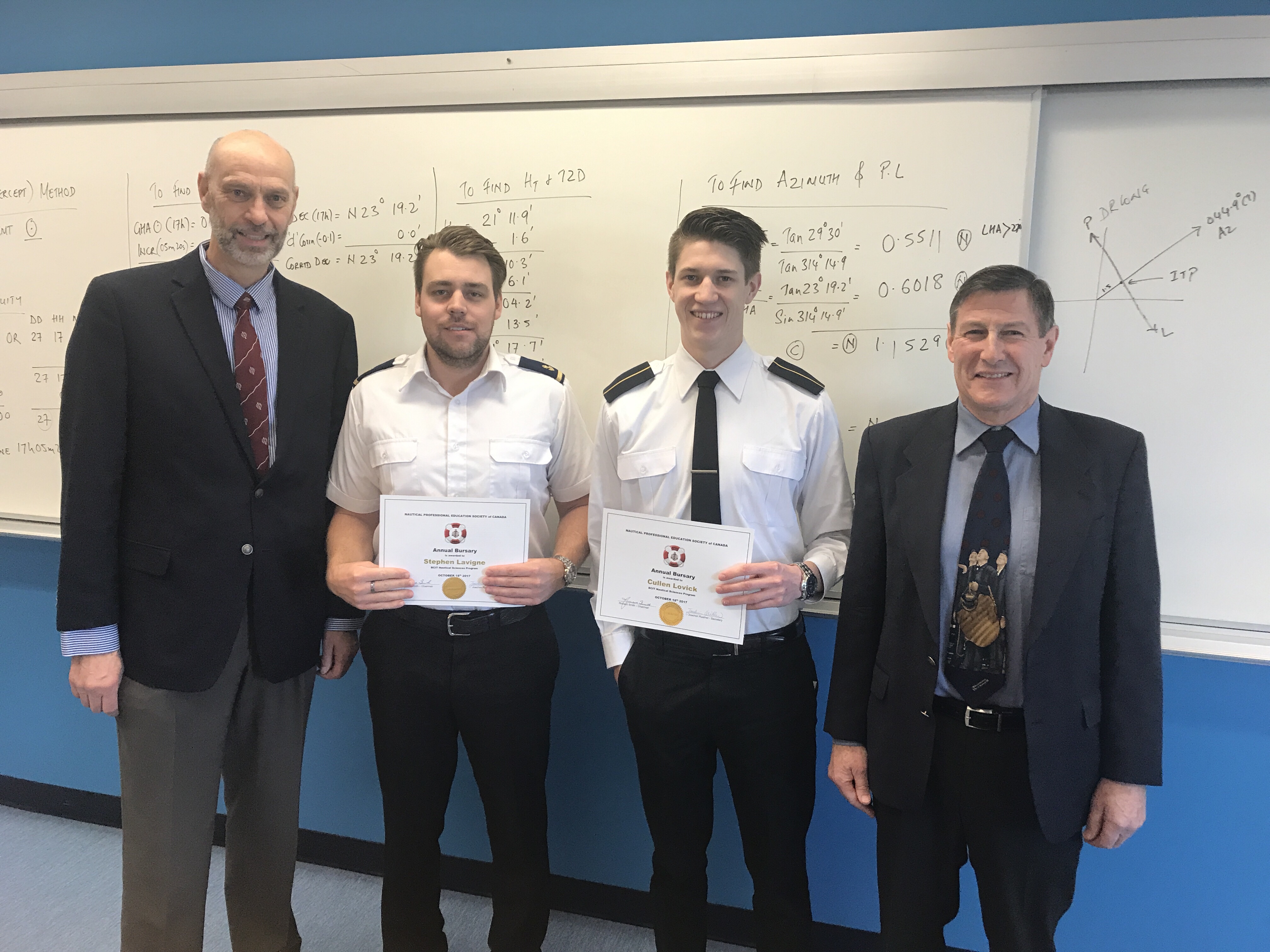